Denis R. LeBlanc , U.S. Geological Survey, Northborough, MA
J.K. Böhlke , U.S. Geological Survey, Reston, VA
Rose Forbes , Air Force Civil Engineering Center, Otis Air National Guard Base, MA
Andrea Weber , John A. Paulson School of Engineering and Applied Sciences, Harvard University, Cambridge, MA
Migration and natural attenuation of poly- and perfluoroalkyl substances (PFASs) and volatile organic compounds (VOCs) in the surficial Cape Cod glacial outwash aquifer are strongly affected by groundwater flow patterns near kettle lakes. The plumes originate from historical sources, including a former fire-training area (FTA), and are generally narrow and thin owing to limited macrodispersion in the groundwater system. The PFAS plume from the FTA, which has concentrations of perfluorooctanesulfonic acid (PFOS) and perfluorooctanoic acid (PFOA) above the recently established U.S. Environmental Protection Agency drinking water health advisory, is 20 m thick and less than 100 m wide near its source. The PFAS plume and several VOC plumes intersect two groundwater flow-through kettle lakes. Groundwater-flow models and the isotopic composition of lake water and groundwater (delta-18O and delta-2H) show that deep groundwater passes beneath the lakes, while shallow groundwater discharges into and mixes in the lakes and then recharges the aquifer at the downgradient sides of the lakes, creating zones of lake-water-derived groundwater (“lake shadows”) as much as 75 m thick and 2 km wide in the aquifer. Parts of several VOC plumes terminate at the lakes, where VOCs in the water are removed by volatilization and other processes, but other parts pass beneath the lakes and are present in deep groundwater more than 5 km from their sources. The PFAS plume at least partly discharges to a kettle lake about 1.1 km from the FTA. Unlike the VOCs, PFASs persist in the lake water and re-enter the aquifer downgradient from the lake, creating a broad, thick dilute zone of elevated PFAS concentrations downgradient from the lake. These observations demonstrate that contaminant fate and large-scale plume migration are affected by groundwater/lake interactions and the different behaviors of the contaminants along the flow path.
Denis R. LeBlanc, U.S. Geological Survey, Northborough, MA
Denis LeBlanc is a hydrologist with the U.S. Geological Survey in Northborough, Mass. He is project leader of the USGS Cape Cod Toxic Substances Hydrology Research Site and also coordinates the USGS technical assistance to the groundwater cleanup at the Joint Base Cape Cod military reservation. Denis received a B.S. in Hydrology from the University of New Hampshire and an M.S. in Civil and Environmental Engineering from MIT. He joined the USGS in 1975, and since then has been involved in many studies of the groundwater resources of Cape Cod. 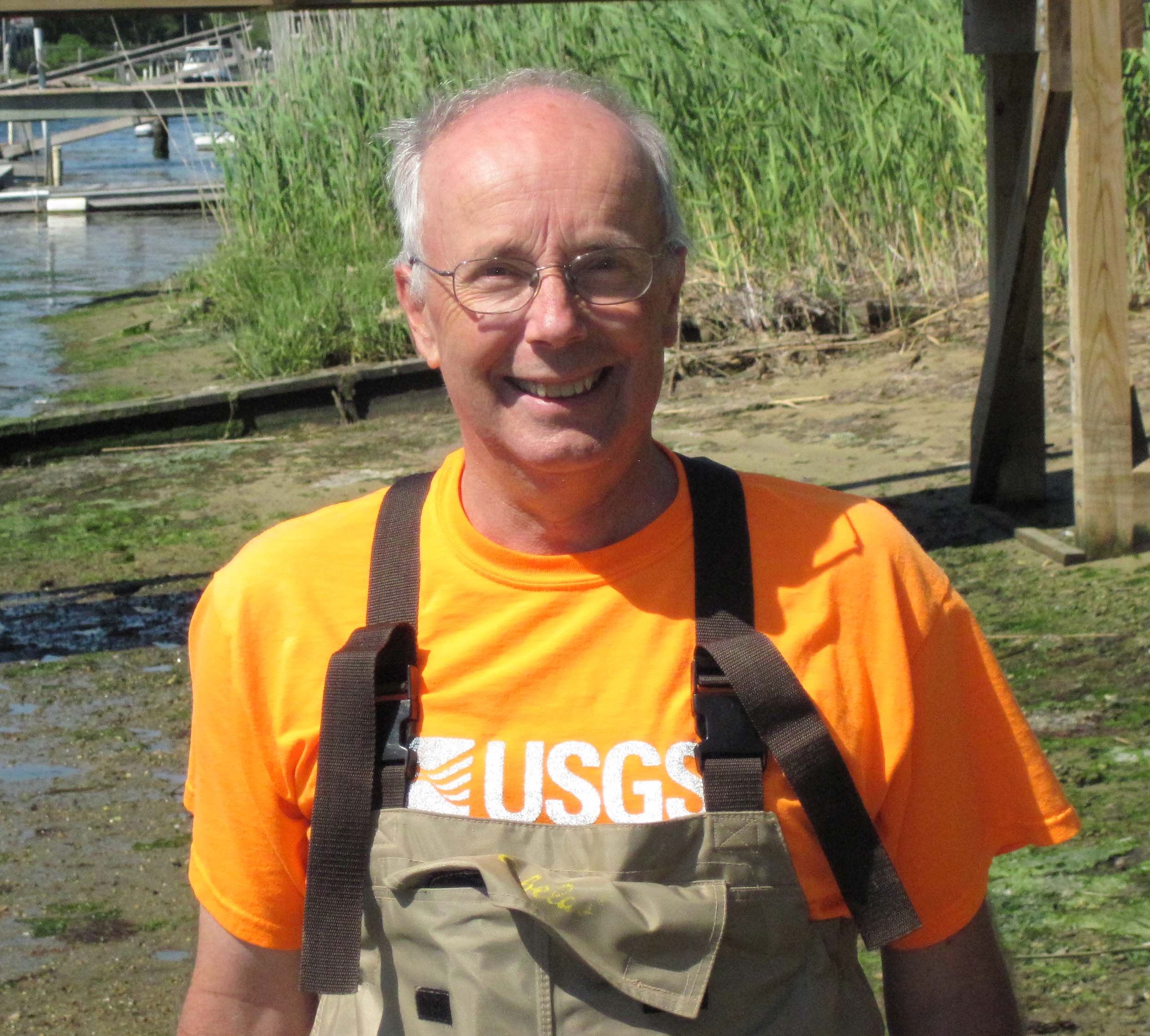